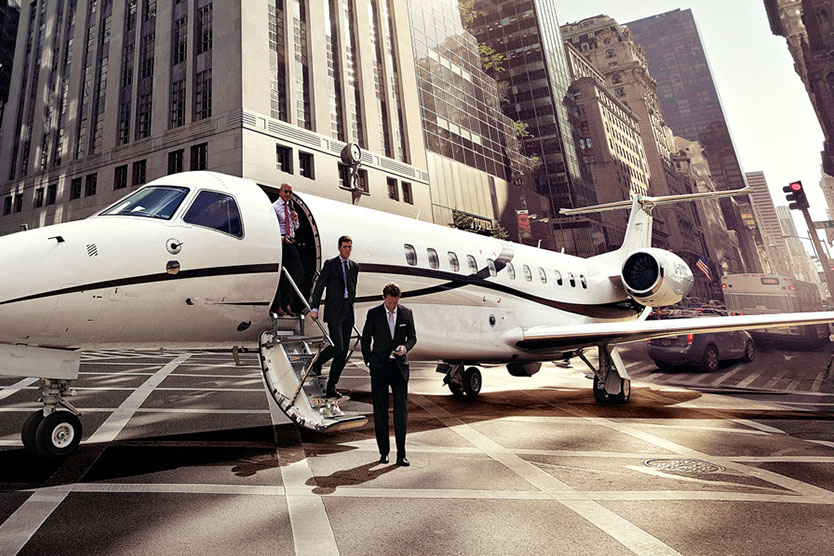 A year on, we analyse four major trends that highlight every reason why you should charter a private jet.

✈ 678 new business jets were delivered in 2013, compared to 672 in 2012; representing a positive market stabilisation when compared to the two previous years. Within this figure were some slight variations in territories: deliveries in North America increased slightly to 52.4%, whilst deliveries in Europe dropped from 20.8% to 15.6%. Deliveries to other regions included 11.9% to the Asia-Pacific region, 11.1% to Latin America, and 9.0% to the Middle East and Africa, which was an increase on 6.1% to these two regions in the year before. Estimated total billings for business jet deliveries in 2013 was $21,058m, up from $17,108m the year before – representing a 23.1% increase.

These new private jet delivery statistics reflect a wider economic trend towards a more considered approach to spending. While wealth is increasing in some regions – as reflected in a rise in demand for new business jets in these areas – overall, corporations and high net worth individuals are slightly less inclined to take on the immense costs of commissioning a new aircraft. By chartering instead, the cost of ownership is no longer a concern. Instead of paying crew, hangarage, maintenance and insurance costs, you can simply pay per charter or, in the case of shared flights and some empty leg flights, you can even pay per seat. In fact, owners and operators have also recognised the benefit of chartering out their aircraft in order to recoup some of the costs of ownership – the success of empty leg charters being a prime example of this.

Fractional Ownership is Down

While fractional ownership can, on the face of it, seem a viable alternative to full private jet ownership, many fractional owners are finding that the sums don’t add up; leaving them tied into contracts where the only thing flying is the pounds from their bank accounts. Chartering a private jet, as and when you need it, means you’re not tied into any contracts. You’re free to shop around for the best price and the most appropriate aircraft for your needs – which could vary according to who is travelling with you, where you are going and when you are travelling. For example, fractional ownership of a Citation XLS is of little use to you if you want to fly your team of 8 overnight from London to New York. On the other hand, by chartering, you can choose one aircraft to fly your family to a remote luxury island, and another type entirely to get your top executives from one side of the globe to another.

Long-Range Flights are on the Rise

✈ A quick glimpse at the deliveries made by the 7 major private jet manufacturers sees Airbus, Beechcraft and Boeing reporting deliveries of under 10 business jets each in 2013, with many reflecting an increase in demand for longer range aircraft. Boeing Business Jet, for example, delivered 1 long-range mid-size Boeing 787 VIP, with 6 additional BBJ and BBJ2s also being delivered. Bombardier made 180 deliveries, 62 of which were the ultra-long range Global 5000s and 55 were super-midsize Challenger 300s. Dassault also followed the trend for long-range aircraft deliveries, with 43 of their 77 deliveries being for the ultra-long range Falcon 7X jet. Gulfstream delivered 144 aircraft, with 121 of them from their G300 to G450 range – again long-range jets. Cessna reported total deliveries of 139 aircraft, 33 of which were the mid-size Citation XLS+ and 31 were the lighter Citation CJ4.

The rise in demand for long-range aircraft owes much to the globalisation of business, as well as a rise in wealth in areas such as Russia and the CIS regions, Africa, Latin America and the Asia-Pacific regions. The increase in wealth in these regions is reflected in the acquisition of new aircraft, and chartering of flights, by corporations and individuals in the regions themselves, as well as in the demand for flights to these markets from elsewhere in the world. The acquisition cost of the long-range jets suitable for accessing these areas, from regions such as Europe and the US, precludes all but the most wealthy – however, chartering one of these jets makes such flights not only viable, but surprisingly efficient too – opening up global business channels that may otherwise have not been so readily available.

According to a Harris Interactive Survey quoted by NBAA, 64% of private jet flights are taken because scheduled airlines do not support the passengers’ schedules, with a further 19% citing that commercial airlines are unable to fly them directly to their destination. In the US alone, business aircraft reach 10 times more airports than commercial airlines; a figure that would obviously increase significantly when calculated globally.

The rise in business jet operations illustrates two points. Firstly, new jets (although relatively few in number) are joining a substantial fleet of long-serving and reliable aircraft in the business aviation sector and these are now being more readily chartered out through licensed operators to improve owner efficiencies. Secondly, a broader business aviation market is now emerging, where people are opting to charter aircraft, share flights and trade in empty legs, rather than flying with commercial airlines, owning to their ability to: tailor travel arrangements to their own schedule; fly directly to their preferred destination; avoid the hassle and delays associated with commercial flights from major airports; conduct confidential business during their flight; and enjoy the financial and logistical efficiencies that subsequently result from these reasons.

All statistics are, of course, open to interpretation but Victor has seen direct correlations between its own private jet charter activities and the trends reflected in these 2013 statistics. Similar trends also look set to feature in the forthcoming 2014 statistics. We’ll keep you informed, right here on the blog.