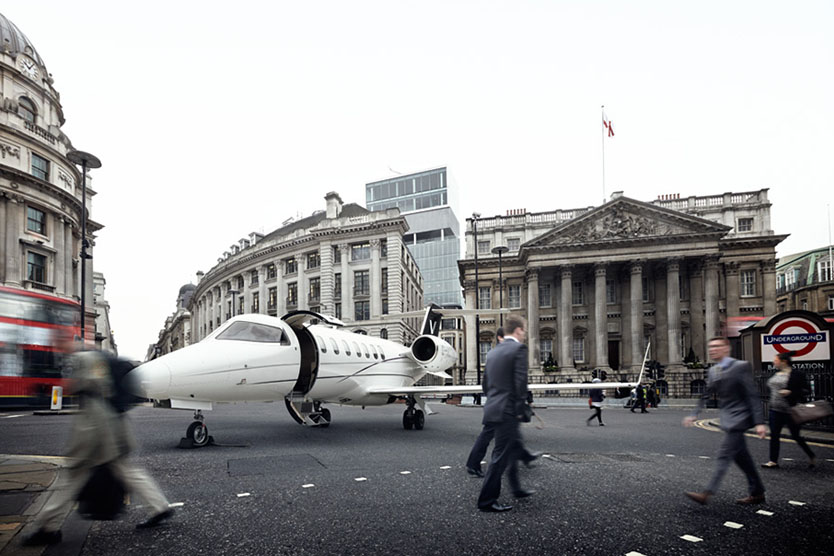 When time is critical, and getting from A to B by the most direct route is an imperative, flying private is the smartest option.

With private flights you are the passenger and not just a passenger. You avoid check-in queues, slow security checks and the inevitable wrestle to get on board. But most importantly, you save time.

For example, a private flight from London City Airport to Paris Le Bourget takes just 45 minutes. Throw in another 45 minutes for transfers and passage through the fast-track private terminals, and you’re looking at a total journey time of 1 hour 30 minutes door to door.

If you were to make the same journey using a scheduled flight from London City to Paris Orly (scheduled flights don’t fly into Le Bourget, even though it’s the closest airport to the heart of Paris), you’d expect to endure 1 hour 25 minutes on the plane, 45 minutes in taxis on both sides and at least 1 hour 30 minutes waiting time split between airports. That’s a grand total of 3 hours 40 minutes – and that’s providing everything runs on time.

In addition, flying private works to your schedule and business agenda. You are in control. It offers the freedom and flexibility to depart and return when you want – not according to an airline’s fixed timetable – and allows you to change your plans at a moments notice, meaning you can stay for that celebratory glass of champagne when the deal has been done rather than racing back to the airport to catch your set-in-stone scheduled flight. What’s more, private jets rarely get held in take off queues on the tarmac or holding stacks in the air.

Another efficiency saving of flying private is the wide choice of airports you can access. If you need to get from Manchester to Zurich or Venice to Dublin, you can forget cross-terminal dashes to negotiate tight transfers and instead fly direct to closest airport to your destination.

In fact, Victor now has access to over 800 aircraft and can offer route combinations between a colossal 40,000 airports worldwide – of which only a fraction are used for scheduled flights.

Not only is flying private more civilised, more convenient and more cost effective than you might think, it’s also incredibly easy to book using Victor’s online smart technology. Compare quotes instantly, review and book the actual aircraft you want to fly on, and be up in the air within just three hours.

If there’s a smarter, simpler and faster way to fly, we’ve yet to find it.

Request a charter with Victor today.