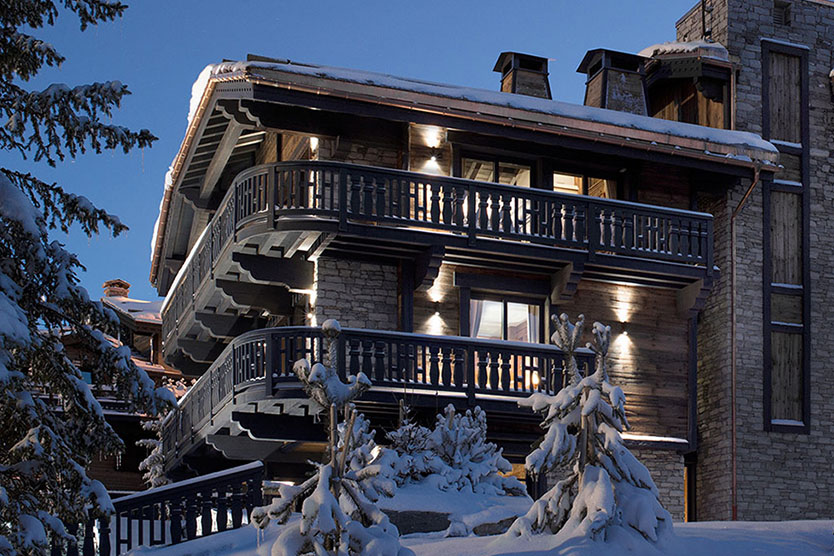 Dan Frith (pictured above) – company director of official Victor travel partners, Ski Boutique – talks to Victor about finding the perfect Alpine chalet, why it’s a bit of a myth about the best time to ski, and his smart thinking behind opening an office in Australia – 10,000 miles away from his company’s core business.

Victor: Firstly, what exactly does Ski Boutique do?
Dan Frith: We represent the very best luxury properties in the Alps. We have access to 400 to 500 properties in France, Switzerland and Austria, which are mainly private luxury chalets, but we also deal with a number of boutique hotels. We act as an agent and rent out those properties on behalf of the owners or the operators.
What we do that’s different from our competitors, is that we also offer a pre-travel PA service. These PAs organise everything for the client prior to their arrival, including private jet travel, helicopter and ground transfers, ski guides, restaurant bookings, ski hire, lift passes etc. As our head office is based in the Alps, and the people that work as our PAs also live in the resort, they obviously have great local knowledge. Each property also has its own concierge, to whom our PA hands over to once the client is in resort.

Victor: Across the season, which resort would you say has the most consistent snow coverage?
Dan: Generally the snow’s great wherever you go. Obviously you’ve got resorts like Zermatt, Val d’Isère and St Anton, which open earlier because they are higher in altitude, so you’re going to get great conditions in those resorts – and with resorts with glaciers, like Tignes and Zermatt,  you can pretty much guarantee good skiing all year round. Usually, though from Christmas to the start of April you’re going to get good conditions wherever you go.
Saying that, I’ve lived in the Alps for quite a long time now, and my favourite time is the summer. The Alps are beautiful in the summer, but there’s only a handful of resorts that have that trade all year round, mainly Zermatt and Chamonix. Verbier is also starting to get a bit busier in summer.

Victor: You have an office in Sydney, what’s the thinking behind that?
Dan: We found we were getting a lot of enquires from Australia – and the great thing about Australia is their long summer school holiday coincides with the European winter ski-season. Australian schools break over Christmas and New Year and don’t go back to school until the third or fourth week of January, so the optimum time from them to come to Europe to ski is around the 10th January for two weeks, which is just after the really busy period of Christmas and New Year.
The post New Year period used to be the quietest time of the season, and people generally struggled to get bookings, but now we get a lot of Australians who specifically want those two weeks.
There are companies doing the same as we’re doing, but they’re all aiming at the Russian market. We thought, why aim at a market that’s already saturated? Why not try something else?
My brother’s wife is Australian and frankly Australians are very easy to deal. So we thought we’d open an office in Australia, set up an Australian website, and try and corner that market.
By having a website with a ‘.au’ domain name, it’s lot easier to get to the top of Google ranking. Plus Australians love dealing with Australians, so if they’re dealing with someone with an Australian accent, they generally automatically trust them.
We’ve also got the added bonus that we’ve got an office in Europe, so they know they’re dealing with a local person in Europe, they’re dealing with an Australian for the booking, and they know they’ve got people on the ground, with great local knowledge, in the Alps. It’s worked well for us.

Ski Boutique and Victor working together to manage your entire winter break.