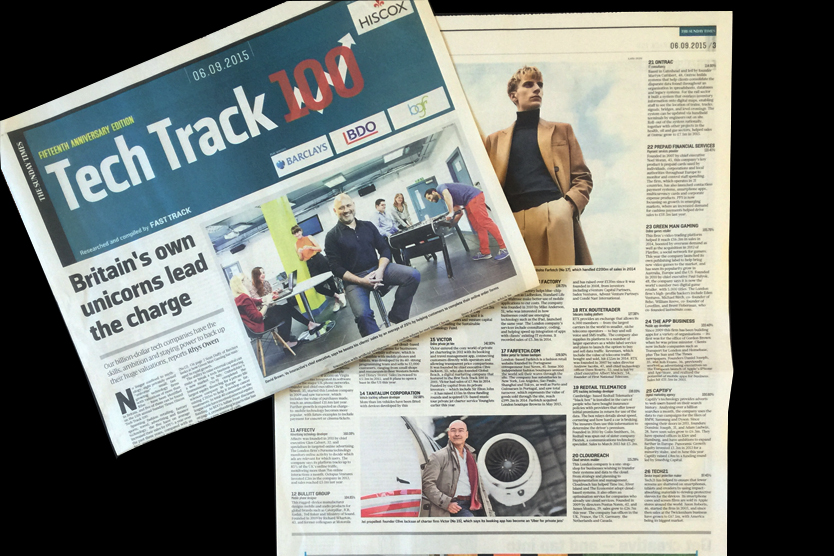 According to our founder and CEO Clive Jackson, “Getting into the Tech Track matters more than any other ranking, because it’s based on audited accounts and hard revenue numbers.” Now in its 15th year, it sets the benchmark as a solid measure of success.

Tech Track’s record for spotting the stars of tomorrow is unrivalled. With five of the UK’s eight unicorns (privately owned tech firms valued at more than $1bn) on this year’s list, and previous high flyers like Zoopla and Ocado having gone on to become huge public companies, Victor has leapt ahead of its aviation competitors to find itself alongside some of the biggest names in UK tech. “Our mission,” Jackson says, “is to get to number one.” 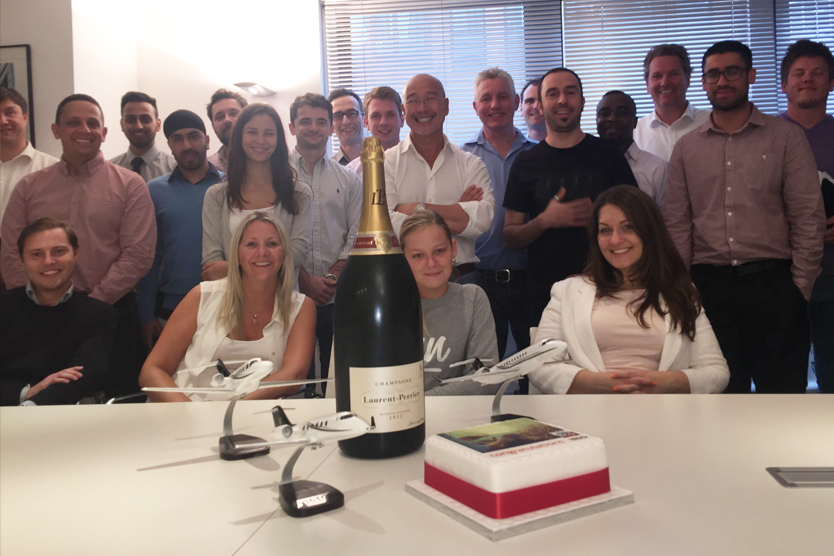 Having recorded a 143% rise in annual sales over three years, Victor is growing rapidly: it’s now doubled its workforce after attracting another $13m of investment, bringing the current total to $26m. The Series B funding that Jackson is to shortly commence will help to accelerate that growth exponentially, and “give us the firepower to put an insurmountable gap between not only the pure tech players, but also the 500-pound gorillas that currently account for 99% of all on-demand charter bookings in the industry”.

As Victor begins this all-important next phase of institutional fundraising, investors will be looking for a number of key things: “Leadership, a great management team, smart tech and a scalable business model – a proven business plan,” he says. “I am sure the shareholders in those companies that have been around longer than Victor – which we have surpassed in every way – will be evaluating their options. For new investors, Victor represents a compelling investment opportunity.”

“The Victor core proposition was conceived by 20 founding members who all fly privately, so we understand what our customers want and need. We are committed to putting our customers’ interests first, and the transparency and full disclosure that are our hallmarks are the single biggest drivers of our growth.”

The Tech Track, which ranks Britain’s fastest-growing private technology companies by sales, uses the London Stock Exchange definition of a tech co as one that “shows a commitment to innovation, research and product development” – and Victor’s business model is testament to that. 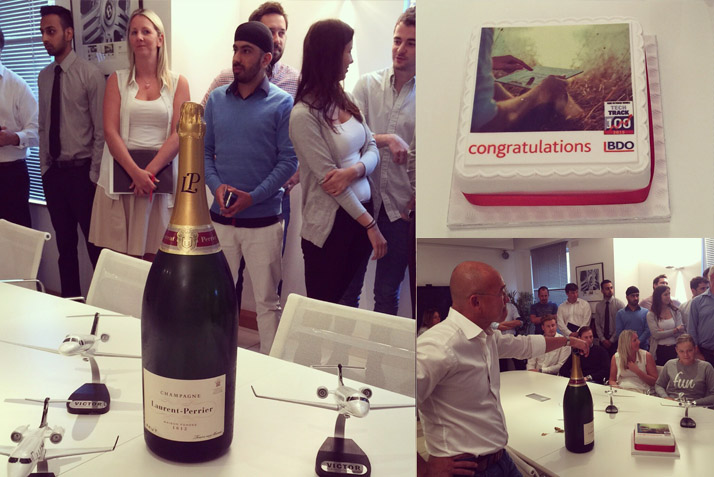 Launched in March this year, the new Victor app allows its over 40,000-customer base to compare, book and manage flights at the touch of a button and the swipe of a screen. As the only aviation company in the top 100, it shows how Victor has ripped up the rulebook and turned the business of private-jet charter on its head. Where anyone booking a jet used to be at the mercy of brokers, the app has streamlined the process so that the price you see is the price you pay – total transparency with no hidden charges.

With sales north of $12m in 2014, Jackson is on track for 2015 and is targeting in excess of $65m in 2016. As he seeks to consolidate Victor’s position in the $10bn private-jet charter industry, it’s clear that the pairing of smart technology and flawless customer service is proving to be a winning combination.

Often referred to as the “Uber for private jets”, Victor continues to grow its network of aircraft, airports and members. The only question left is one that neatly sums up Victor’s ambition as well as its day-to-day operations: where do you want to go next?