The glamour of Paris and the allure of the Riviera is for many what first comes to mind when thinking of France. But Aveyron, that oft-forgotten region found to the south, is the true embodiment of the country.

It’s in this heartland of France where you’ll find arguably the most dramatic, varied and awe-inspiring countryside on the European continent. But even with ten of the thirty villages officially recognised as the ‘most beautiful villages of France’ scattered across the departement, it remains largely unappreciated by the great and good. But as you’ll see, that’s just what makes Aveyron a fitting venue to spend your festive period.

The Way of Le Puy & Conques

The closest you’ll get to a tourist trail is the GR65, a route used in the Middle Ages by pilgrims on the way to the St Jacques de Compostelle in Galicia, Spain. Beginning in Le Puy-en-Velay in Haute-Loire (hence the name ‘The Way of Le Puy’), the 102km path makes its way through the Aubrac plateau to the north of the region before arriving at the village of Conques. The UNESCO World Heritage village became a must-see destination in medieval times due to the relics housed within the Sainte Foy abbey church. It still remains so to this day, offering a privileged glimpse into a bygone age. During the winter, such is Conques’ beauty we think you may find it hard to limit yourself to just one day here.

Travel 90km south-west of Conques and you’ll find Najac, a stunning village set within the Aveyron valley. Stretching along a single street that slopes toward the river in the bottom of the gorge, the village is another categorised as one of the most beautiful in France. Amongst the picturesque houses, restaurants and shops ideal for picking up a late Christmas present or two, you’ll notice landmarks like the dodecagon-shaped Fontaine des Consuls, the 14th century Place du Barry and the beautiful Saint Blaise Bridge.

Looming high above the village, the valley and snow-peaked forest is the château royal. Constructed by Bertrand Count of Toulouse in 1100, the towers of the castle are almost seven metres high, making them the tallest in France. Having sat unoccupied for many years, visitors today are welcome to explore the twisting passageways of this historic building.

If you’re fortunate enough to be flying into Rodez or Toulouse airports on a clear day, look out for the chance to see one of Aveyron’s latest additions. Designed by Norman Foster, the Millau Viaduct is the tallest bridge in the world. Stretching across the Tarn Valley from the town of Millau, it’s recognised as one of the greatest engineering achievements of all time. In fact, you may remember the presenters of Top Gear undertaking a road trip across France with the sole purpose of appreciating the newly completed bridge. Needless to say, this is one place perfect for testing out that new camera you received for Christmas.

Whilst much of the fun is to be found exploring Aveyron and discovering your own hidden gems, Victor’s Picks are here to provide you with inspiration. 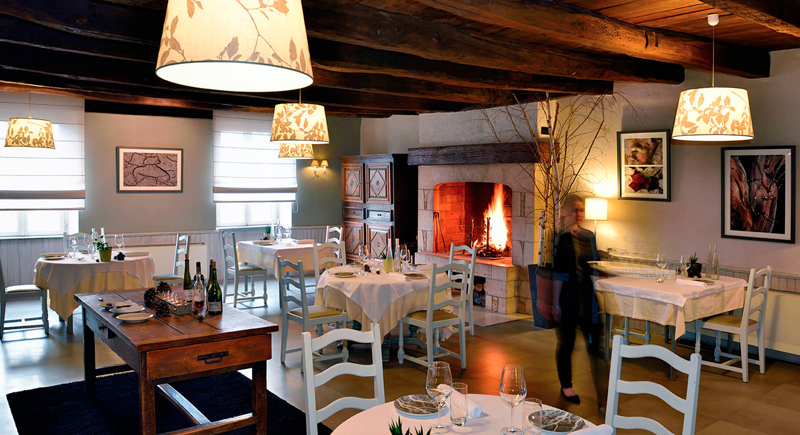 Though Michel and Sebastian Bras’s three-Michelin-Star restaurant Le Suqet is unfortunately closed over winter, there are no shortage of alternatives. Found in the village of Bozouls, the Michelin-Star rated Hôtel Restaurant Le Belvédère is run by the Michel Bras-mentored Guillaume Viala. Using only the finest and freshest locally grown ingredients to create delicious, traditional fare, it is the ideal location for an intimate Boxing Day meal. 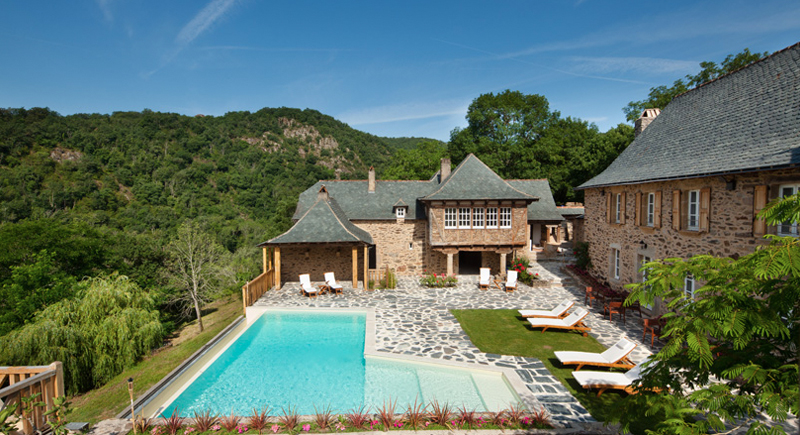 Head off the beaten path to this medieval hamlet turned hotel found high above the Aveyron River. The château has the benefit of being set within a 54-acre park, so expect uninterrupted views of the forest and countryside. Though the weather might not be ideal for taking a dip in the swimming pool, you might find the hotel’s Jacuzzi a little more to your liking.

Described by François Hollande in 2014 as ‘the world’s greatest living artist’, the work of Rodez-born abstract artist Pierre Soulages has been presented at 90 museums worldwide, with his 2009 retrospective at the Georges Pompidou Centre in Paris drawing close to 500,000 visitors. But it’s in his hometown where you can see the greatest collection of his work from his formative years. From his post-war oil paintings to his ‘Outrenoir’ period, this museum is the best place to sample what the ‘Master of Black’ has to show.