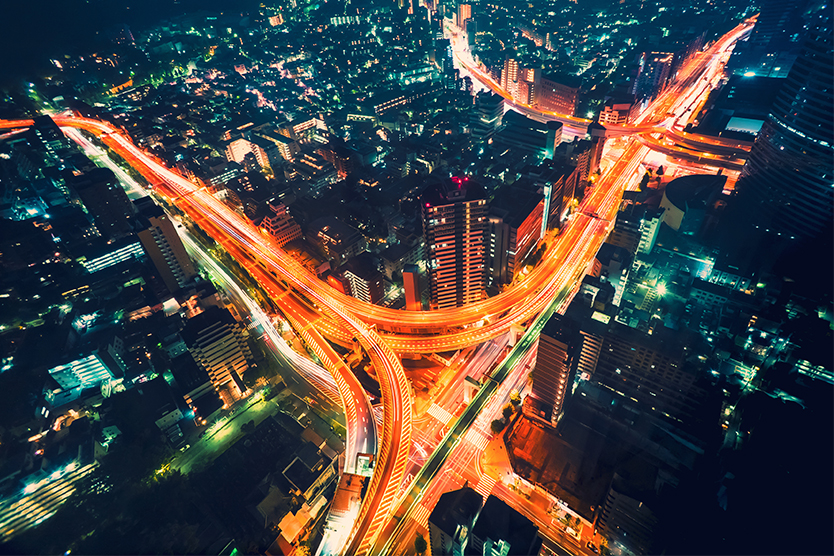 Why are “connected cities” so important?


According to Popular Science magazine, seven out of 10 people will live in a city by 2050. (1) Victor founder and CEO Clive Jackson discusses how on-demand technology that keeps us connected and in control helps growing urban populations to succeed.

Cities grow economies. Offering education, employment and entertainment, they are engines for growth that have seen people flock to them ever since the concept of an urban settlement took root among mankind. Now more people live in cities than at any other time in human history, and the trend looks set to continue with seven out of 10 people living in cities by 2050. But how do we address the challenges faced by accommodating so many people in such constrained environments? The answer, according to Victor founder and CEO Clive Jackson, lies in keeping connected.

For Jackson, the challenges of a population explosion in our future cities will include ensuring the efficient use of resources – everything from food, water to air – supplemented by innovation in recycling, energy consumption and the control of emissions. There is also a need to continually evolve communication within and between cities – both virtual and face-to-face. It’s a tall order but then humans are a resourceful species – and connected cities might just be the answer.

Travel and transport are the pieces of the puzzle that excite Jackson most: “The need to travel, and quickly; the ability to make informed decisions; the efficient use of resources to provide services, and even reducing our carbon footprint while doing so”. He continues: “The challenge of linking up all the different modes of transportation – ground and air, and delivery services, on demand – and mass personalised transportation relies on the efficient use of assets. And this is where Victor is leading the way.”

Of course, cities are all about the meeting of minds – and the cross-fertilisation of ideas is key to building successful cities. “No one can get there alone,” says Jackson, who is always on the lookout for like-minded brand partnerships that share the Victor vision. “It takes collaboration between partners across industries and sectors to unlock the full potential of today’s technologies, and to realise the vision of connected cities that will truly serve people – in ever greater numbers” he thinks. One such example is the recent partnership between Victor and ride-hailing app Uber during Valentine’s Day weekend, in which Uber customers in 52 US East Coast cities were entered into sweepstakes that saw three winners flown to New York by private jet.

So why does Jackson think the two brands make such a good match? “Uber has been pivotal in helping consumers to adopt smart technology, much like Victor,” he says, “because it’s all about the role that the on-demand economy can play to avoid cramped lifestyles in an environment where time delays can often be too frequent.” One of the reasons the sweepstakes proved such a success was because it showed the seamless, on-demand connection between Uber ride and Victor flight. Whether special occasion or everyday business, the partnership speeds up overall travelling time whilst ensuring comfort and convenience – on demand wings and wheels in perfect harmony.

“Converging digital technologies are driving cities toward connectedness,” Jackson says, “and technology allows us to gain a deep understanding of cities and the way people are moving around the world.” It’s for these reasons he believes investment in smarter technology is so important to the future of cities, and why it’s built into Victor’s app and online booking platform. Successful cities keep people moving, and Victor’s proprietary technology is designed to manage a private jet charter all the way from pre-flight arrangements to post-booking services. “Continually enhancing Wi-Fi capabilities in cities will ensure that on-demand technology services such as Victor will help more people to reach the cities that they need to even more quickly,” he says, “saving time and allowing travellers to concentrate on more important matters.”

A meeting of brands (and minds) like this is just one part of a bigger network, and it is important for similar collaborations across more cities to become truly connected, Jackson believes. After all, cities don’t exist in isolation but as part of a web – and interoperability between them is of critical importance. These days, international travel is woven into the very fabric of our everyday lives and flying around the world on business is now a given for many. “Private jet charter allows business travellers to fly from specific hubs and away from the major gateway airports such as Heathrow or Gatwick,” says Jackson, putting the customer in control of one of their most important commodities – time.

With access to over 7,000 jets around the world, the opportunities to meet, do business and build economies are endless – so it’s fitting that the market for private aviation is growing fast. It allows travellers to get up in the air and move between cities at their convenience, with none of the hassle or timewasting of the security procedures commonly found in commercial airports. Jackson himself will often charter a jet for hops around Europe, because it allows him to cover multiple cities and meetings in a day and avoid the extra cost – in both time and money – of an overnight stay.

With a strong presence in Europe and the US, Victor is now looking to extend its network into other markets, with the Middle East and South East Asia next on the horizon. Having recently returned from a business trip to Hong Kong, where he was invited to speak at the luxury auto-maker Infiniti’s global HQ, Jackson is evangelical about the benefits of a connected city. “Thanks to the long-sightedness of the city fathers, Hong Kong is fast emerging as the region’s tech hub,” he says. From the design firm developing a generator that makes energy by cooling air, to the start-up that’s reducing pollution on the city streets, they all have tech in common.

The on-demand, sharing, smart-tech economy is an exciting prospect, and one that Victor is keen to contribute to. “We are helping more people to stay connected to more cities,” Jackson says, “with a transparent marketplace that allows you to easily search, compare and book private jets from their computer or smartphone, and see a full itinerary for your flight all in one place – the Victor platform.” For some, the connected city is already part of daily life.