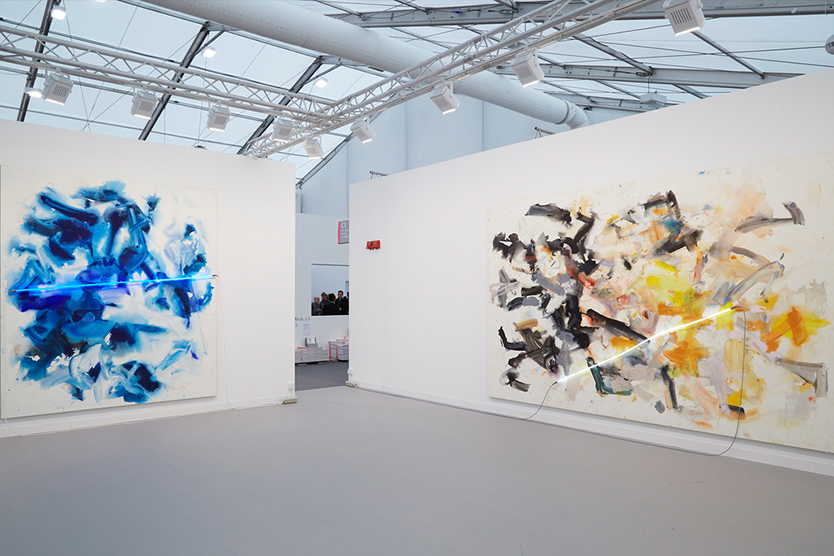 Whether you’re an art aficionado, a serious collector or just keen to soak up the scene, there are art fairs all over the world with their own distinctive style and charm. Here are some of the best in the business this summer and autumn.

Launched in 2013, ART16 is a blend of new and established contemporary artists vying for attention within Olympia London. This year, the revolving pop up restaurant by Corbin & King (of The Wolseley & The Delaunay fame) is also causing a stir of anticipation. 20 – 22 May, 2016. London, UK

There’s some fresh talent to be found at this young art fair established in 2005, which showcases artists who often graduate to the bigger fairs. Be among the first to buy their work. 13 – 18 June, 2016. Basel, Switzerland

Having run since 1769, this is the predecessor to the art fairs that are now globally abundant. The joy about this fair however, is that the artists themselves are selling their work – cutting out the middleman of the gallery. Situated in the magnificent environs of the Royal Academy of Arts on Piccadilly. 13 Jun – 21 August, 2016. London, UK

In pole position when it comes to prestige, this is the premier modern and contemporary art fair in the world. It now spans three shows throughout the year, in Basel itself, Hong Kong and Miami (a entire city that thanks Art Basel for its cultural awakening.) It all began in 1970 in Basel, Switzerland and the event this June celebrates its 47th year with 287 galleries congregating from 33 countries. 16 – 19 June, 2016. Basel, Switzerland.

This is arguably the best of the three art fairs in New York’s glamorous Hamptons and is a social hot spot for ardent Hamptonites. It’s not a fluffy art fair: recent works showcased have been by heavyweights Banksy, Joan Miro and Keith Haring. There’s also the added allure of pristine beaches and cool ocean breezes. 7 – 11 July, 2016. New York, USA

One of the most respected art fairs of the European summer season, Art Nocturne has the distinction of being a nocturnal art fair (as its name suggests), open from 4-9pm. The fair is located on the banks of the Zegemeer Lake and is a particularly good place to hoover up Old Master paintings. 6 – 15 August, 2016. Knocke, Belgium

The concept here is for national and international galleries to present solo presentations of artists. Berlin galleries have a reputation for lauding the artist over commercialism – it’s an art scene that is, as ABC describes it, “experimental, crosses genres, and frees itself from conventions.” 15 -18 September, 2016. Berlin, Germany

Since it launched in 2003 in London, Frieze has become one of the most influential contemporary art fairs in the world – and is now a staple on the UK social/cultural calendar. Frieze London is where you’ll find the established art superstars and those on the cusp, and at Frieze Masters (on the other side of Regents Park) the art spans from ancient to modern. 6 – 9 October 2016. London, UK

The Foire Internationale d’Art Contemporain is renowned for the jaw-dropping Parisian venues at which it showcases a swathe of contemporary art – the Grand Palais, the Tuileries Garden, Place Vendôme, the banks of the River Seine and the Jardin des Plantes. Furthermore, several of Paris’s art institutions synchronise their major exhibitions with the fair. 20 – 23 October 2016. Paris, France