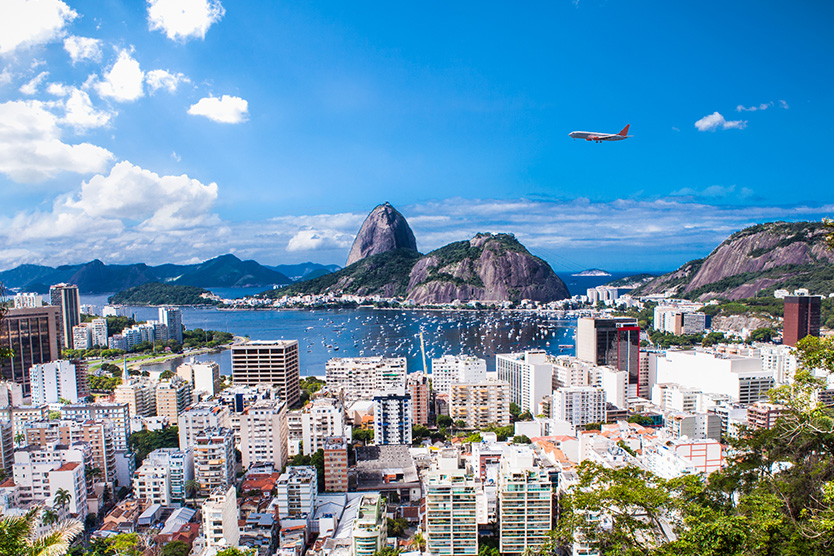 It’s not surprising it won the bid to host the Summer Olympic Games 2016, set to blaze through the city from August 5th to 21st, with the Paralympics from September 7th to 18th. The Maracaña Stadium will showcase the opening ceremony and many of the outdoor games will be held under the gaze of the statue of Christ the Redeemer atop Corcovado Mountain and the iconic Sugarloaf Mountain. As is Olympic tradition, swimming is the focus of the first week, while the athletics dominates the second. The 100m final – the event that garners the most attention – is on Sunday 14th August, a day that Usain Bolt hopes to create a trilogy of Olympic wins following Beijing and London. Other sporting heroes appearing at the Games include Olympians Michael Phelps, Jessica Ennis and Mo Farah – and this year golf makes a return having been excluded as an Olympic sport since 1904. But Brazil is vast and varied and there’s plenty to explore beyond the Games, including the mighty Iguaçu Falls on Brazil’s border with Argentina. We’ve listed five diverse cities within states across the country where the culture is both distinct and compelling.

Brazil’s financial centre is the most populated city in the southern hemisphere. It’s a melting pot of nationalities – home to the largest Italian and Japanese diasporas – and the cuisine, cultural entertainment and nightlife of ‘Sampa’, as São Paulo is known, is renowned for being first-rate. The traffic, however, can be horrendous – which is why São Paulo has the second largest fleet of helicopters in the world (behind New York.)

Situated in the heart of the Amazon Rainforest, Manaus is the capital of Brazil’s biggest state, Amazonas. To get a sense of the state’s scale, Amazonas is six times the size of the United Kingdom. The city is primarily accessed by boat or plane, an isolation that helps to preserve the indigenous Native Brazilian tribes that live in the region. From here you can book jungle excursions and witness the ‘meeting of the rivers’: Manaus sits on the confluence of the Negro and Solimões rivers and due to a difference in temperature, density and speed, the rivers flow separately for 3km. One river is dark and the other is sandy-coloured, so it’s remarkable sight.

This entirely planned city sprang out of the Brazilian highlands in the centre of the country in the late 1950’s. Designed by Brazil’s acclaimed architect Oscar Niemeyer, the city bears his trademark modernist curves in many of its buildings and structures. The city was conceived to replace Rio de Janeiro as the capital, and was inaugurated as the new – more central – capital in 1960. Viewed from the air, the strategic urban planning follows the design of an airplane – the residential and commercial areas along the ‘wings’ and the political ministries along the ‘fuselage’. Not so odd when you consider it was designed at a time when air travel was glamorous.

Brazil’s first capital (proclaimed by the Portuguese in 1549) is celebrated today as the centre of Afro-Brazilian culture. Thrumming with energy, here the African heritage is preserved in the music, religious festivals, food, dance and martial arts. Capoeira circles form on the streets at night, while Baianas de Aracajé – black women in magnificent baroque-style petticoats and headdresses – serve tasty bean and shrimp fritters. The city also has the distinction of sitting on the largest bay in Brazil, with tropical beaches and islands galore.

Situated on the 72km shoreline of Guaíba Lake, Porto Alegre was founded in 1772 by immigrants from the Azores in Portugal and most of its population is of European descent. Its cachet is that this is the gateway to Gaúcho culture – think cowboys, horses, churrascaria barbeque and chimarrão tea – and the vast and beautiful pampas that lie on its doorstep.