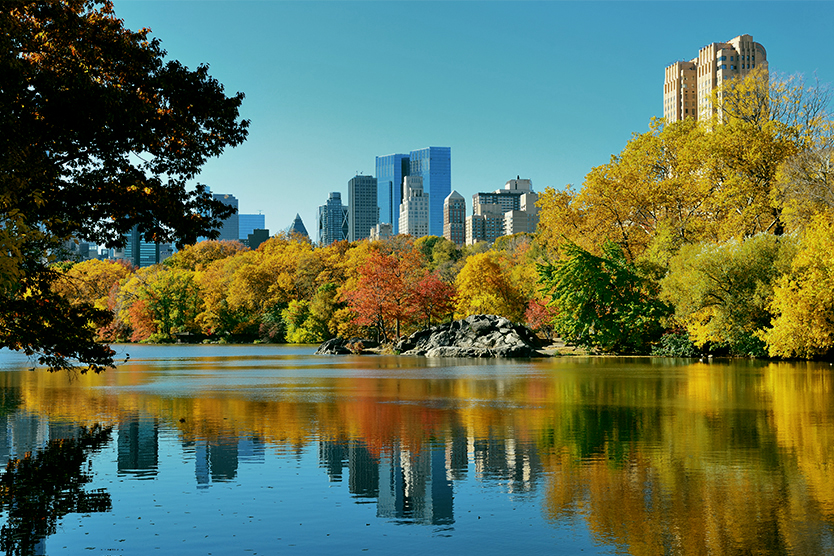 As the days get shorter and the nights draw in, Victor rounds up its top five US cities to fall into this autumn

This is true holiday season for the sleepy city on the edge of the world: while the real summer months tend to come chilled, fall arrives with sunshine attached. With plenty on the cultural calendar, plus classics like Alcatraz over the water and Berkeley up the road, maybe it’s time relive the Human Be-In at the Golden Gate Park and “turn on, tune in, drop out”.

Called the American Riviera, this SoCal city attracts its own fair share of big players and high rollers. With better weather in fall than summer anyway (when fog has been known), it’s also close to the Santa Ynez Valley wineries and boasts an ever-growing number of tasting rooms.

The fun never stops in the Big Easy, with the New Orleans Burlesque Festival in September, the Voodoo Music Experience in October, and the Oak Street Po-Boy Festival in November. As the Saints football team get back into the swing of things, expect high-spirited locals and live music across the city before home games.

Going in early fall means you might still get to do some berry-picking on Flattop Mountain, before hitching a ride on the Alaska Railroad up to Talkeetna for a look at the flora and fauna (and breathtaking views of Mount McKinley). Stick around for the evening show: it’s also far enough up in the world to see the northern lights.

From Central Park to downtown grit, NYC is one of the best places on earth for fall. Wrap up warm and kick the leaves in Sheep Meadow, book tickets for a Broadway blockbuster and check in to a room with a view. Downtown, the latest extension to the High Line and its plentiful supply of street-food kiosks is ready for the walking, while the Lower East Side will scratch even the most nagging hipster itch.

Travel with the Citation XLS for cost effective nice jet to have you up in the air within 3 hours.