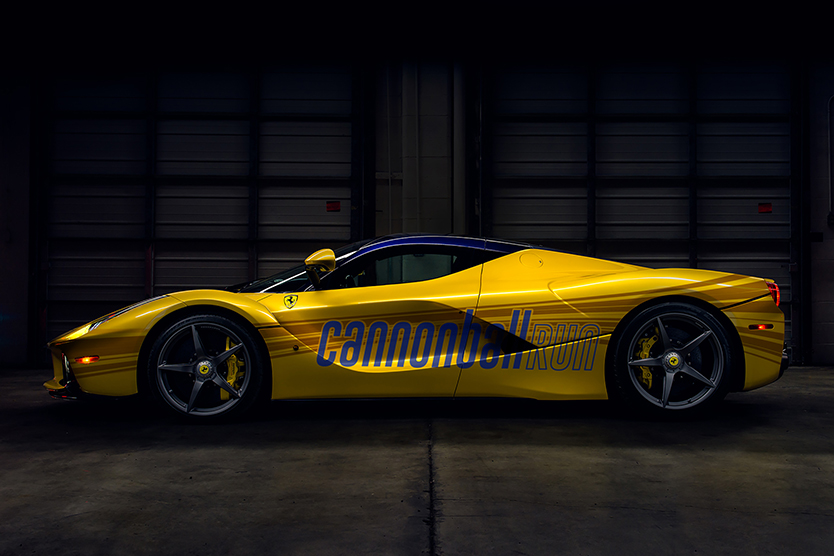 In a matter of days, car keys will turn for the world renowned 2016 Cannonball Run Rally and, in turn, the latest initiative from our special philanthropic platform Victor Champions. On October 21, Victor donors will celebrate at the Cannonball Run’s finish line in Key West, Florida with some of the world’s top car collectors and enthusiasts, and a bevy of VIP rally-ers and supporters. The following day, donors jet to Cuba with the ‘Cannonballers’ on a private 737 courtesy of Victor’s seamless, on-demand service – all for two days of rally festivities in Havana, and unique cultural adventures courtesy of Victor’s beautifully tailored Art of Curated Travel program.

Proceeds from Victor and Cannonball Run’s exclusive VIP package will be given to three incredible local organisations making their mark and social impact along the rally route – Team Comeback Kids, the Brock Yates Tribute Fun and Lizt Alfonso Academy.

Victor has a mission to move and empower influential people shaping our world today. Victor Champions complements this, a new initiative to do social good in the sky by supporting a variety of signature projects in partnership with non-profit organisations around the globe. Next week, the Cannonball Run rally drivers, passengers, organisers and partners will all become Victor ‘champions’ for great times and great charitable causes. We’ve caught up with busy Cannonball CEO/CFO Zac Dugger to tell us more about this incredible journey across land and through sky….

Tell us about your background and how you got interested in cars and rallies…
My background is as a mechanical engineer. I started out working as a racing engineer for various race teams and eventually ended up where I am at today – restoring vintage Italian cars and organizing car rallies. Car rallying as a concept has been a part of me since I first received my driver’s license; the ability to grab some friends, hop in great cars and go for an adventure is pretty much the foundation. From there I was exposed to many types of car events all over the world. It was just a great fit to do something I was doing already but with larger groups of like-minded people.

What is your mission today?
There are many answers to that question; it’s kinda like asking what is the meaning of life! In this context, I stand for quality, for adventure and inclusiveness, with a strong desire to share my experiences with as many people who enjoy the same things. I also want to be able to give back to the planet that has given me the gift of doing something so enjoyable for a job.

How old is the Cannonball Run Rally?
It’s more a concept than an actual thing. During the early 20th century Erwin ‘Cannonball’ Baker was a motorcycle and automotive pioneer, setting race and endurance records between states and cross-country. Since those days, the Cannonball Run has meant many things to many different people – a race, a movie, or just an idea. In reality, I think that the Cannonball rally simply represents one’s desire to get in the car, hit the road and conquer the unknown.

Tell us more about the rally route this year and what participants will see…
This year’s route was designed to take advantage of the diversity of the Northeast in fall – this area has some of the best driving roads in North America. The 2016 route then heads south into Atlanta, Georgia and Palm Beach, Florida, before reaching the finishing line in Key West – the southernmost point of the US. All this is followed by a ‘bucket list’ two-day adventure in Havana, Cuba.

The Cannonball Run is working alongside Victor Champions this year – why is it so important for your rally to give back to good causes?
That’s a very existential question. The short answer is that I have experienced what it feels like to be in need, and what it feels like to receive the generosity of others. A better question would be to ask me how we can do more…

You partnered with Victor this year to offer a special, fundraising VIP experience on IFONLY.com…
The package we offered with Victor on IFONLY.com recently is an opportunity to experience and adventure in Cuba in a way you couldn’t normally do. You’re also sharing that experience with 100 or so Cannonballers – partying and having a great time in a place that most wouldn’t have considered travelling to less than a year ago. It’s amazing, of course, that Victor is providing the seamless private charter from our finishing line in Key West over to Cuba.

Can anyone still enter the rally itself?
Yes, there are a few ‘half’ rally spots remaining – for the Atlanta to Havana section of the route.

How many cars do you personally own?
That’s a good question and a complicated answer – as of right now, about 12.

Are there any cars that you wish you could drive and/or own?
That’s like asking me how many stars there are in the sky! Basically, give me anything old that is Italian or French…

What advice, if any, do you give to your ‘Cannonballers’?
It’s simple – have fun and know that things will go wrong. That’s the one constant!

Finally, any hints about the 2017 rally?
Look out for an announcement at the 2016 finish line. We’ll be back in the US for late summer, early fall next year; and back in an area of the country that most major rallies have traditionally shied away from. Ralliers can expect all of the fun, luxury and extravagance that we’re channeling into this month’s event. It’s going to be another once-in-a-lifetime adventure!

If you would like to support or suggest future Victor Champions initiatives, please get in touch via info@flyvictor.com. Perhaps you’re already a charity trustee or philanthropist, or possibly a Victor Champion-in-the-making – we’d love to hear your thoughts…