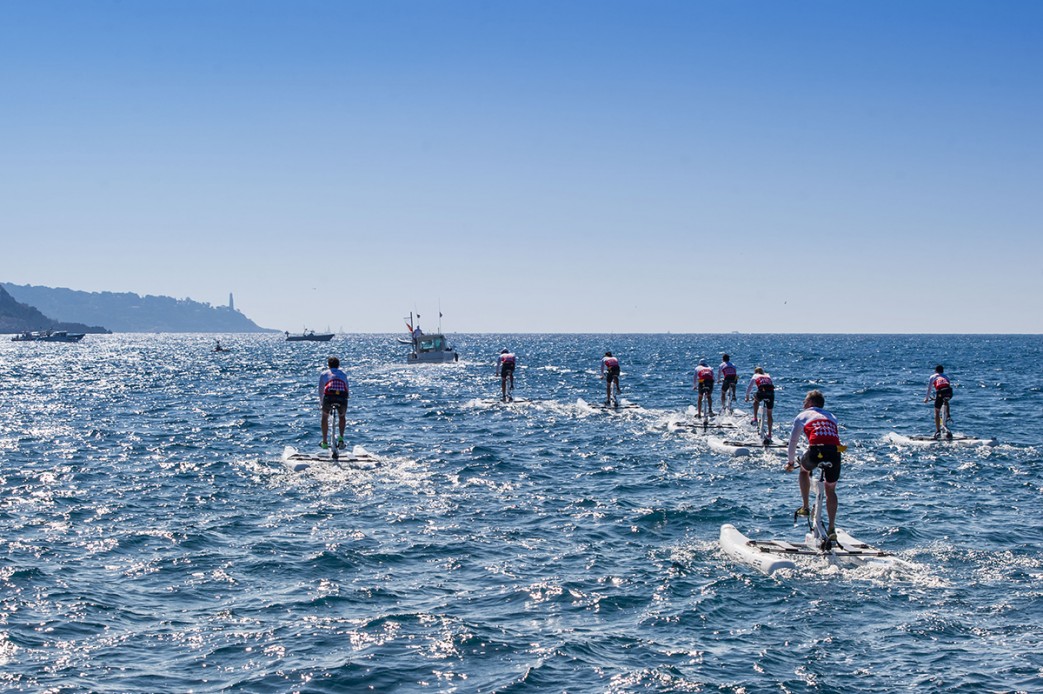 Last Sunday, June 4th, major Victor shareholder and Board Director George Ortiz was in the South of France to join the annual Riviera Water Bike Challenge alongside fellow business leaders and a number of global sporting legends.

The battle for the outright winner was a classic, Fondation Francois-Xavier Mora (captained by South African swimming hero Ryk Neethling and compatriot rugby star Percy Montgomery) and Team Monaco Police (featuring US surfing pro Nic Lamb) literally neck-and-neck until the finish line. Neethling and co. won by mere seconds. Princess Charlene was on hand to congratulate all competing bikers and award the winners.

All funds raised from this prestigious occasion will now go towards building an aquatic rescue centre in Burkina Faso – the first project of its kind in West Africa. The Princess Charlene of Monaco Foundation was set up five years ago to teach children essential water safety and swimming skills and, in doing so, prevent “one of the greatest silent killers on our planet.” This Burkina Faso initiative will be co-managed by the Monaco and Burkina Faso Red Cross charities.

The water-bikes that George and his fellow racers rode on last weekend were developed by America entrepreneur Judah Schiller, supposedly as a dare. Each bike uses an optimized propeller, proprietary gear box and Gates Carbon Drive belt system, and can reach a typical speed of 10mph in calm waters.

A fun day, then, with stunning weather and a fantastic cause, this year’s challenge could not have gone any more swimmingly. Will George and team Victor return next year to try and better their outstanding performance? You’ll just have to wait and see!

Well done, again, to all involved…