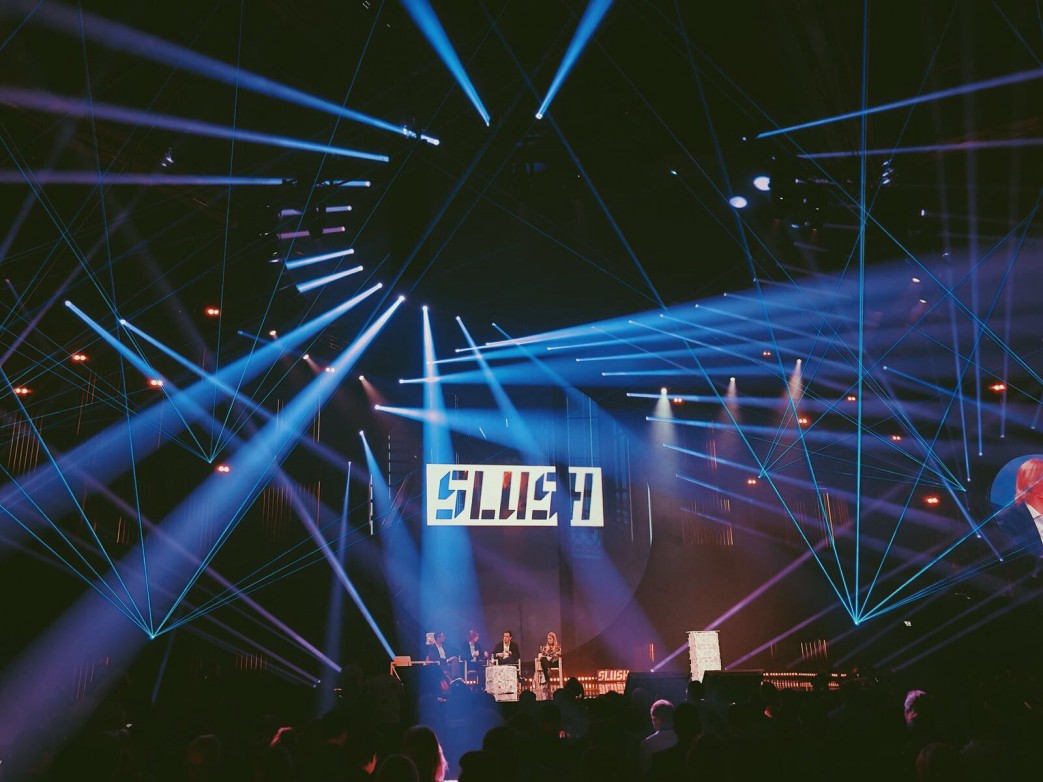 For Victor, flying some of the global tech scene’s leading actors to world-beating start-up event Slush last week just wasn’t enough. We wanted to be part of the debate too!

And this year, we at Victor helped the Slush folks with their connecting. For starters, over 100 Slush speakers and top-tier delegates were flown to Finland direct from California on an A340 VIP Victor flight fondly referred to as the ‘Nerd Bird’. This special group charter added – quite literally – another level to proceedings, allowing Slush’s movers ‘n’ shakers to network and brainstorm in seamless, utterly comfortable style before even making Helsinki terra firma. We flew them all back too, once all the conference talks, workshops and parties were done.

But what of our role in the actual conference conversation? Rewind to November 30 and the elegant Hotel Kämp, where Victor teamed up with BP Ventures for a ‘Slush side event’ evening of stimulating fireside debate (and drinks) under the title Two Worlds Collide: Corporate Venturing & Private Equity – A Paradigm Shift…

BP Ventures is, of course, cornerstone investor of Victor’s recent Series B fundraise and was represented on a highly distinguished panel by its MD Akira Kirton. Our own founder and CEO Clive Jackson also featured, so too Ilkka Kivimäki, ‘godfather of the Finnish start-up scene’; Michael Franck, award-winning film director and producer; and Artturi Tarjanne, VC activist Chairman of the Finnish Venture Capital Association. Special guest moderator was Bruce Oreck, former US ambassador to Finland.

Much of the panel’s discussion revolved around the question of what, if anything, large corporate organisations can learn from start-up businesses; and what these companies need to do to maintain relevance in the increasingly digital 21st century world. Bruce insisted change is coming, and Clive suggested that larger companies need to identify the free-thinking “in-trepreneurs” within their ranks who can drive change both within and without the “mothership”.

Michael emphasized the importance of psychology in today’s rapidly changing business and investment landscape – the dichotomy between the human side of business, and the “numbers” side. Companies, big and small, need to consider both. It is also worth acknowledging, Michael argued, that there has been a long history of business change and therefore, in that context, we’re not necessarily living in a world today of greater change than before. It all, he urges, comes back to the one true constant in business – humans.

Where investment is specifically concerned, Ilkka commented that large companies who treat their Corporate Venturing (CVC) activity as a separate entity are “already dead”. CVC needs to be woven into the DNA of the mothership company; its aims and values aligning with those of stakeholders right across the business. According to Artturi, it also needs a long-term vision and progressive plan; something he suggested many CVC offerings have lacked in the past.

BP, Akira pointed out, delivers both strategy and pro-activity around its CVC operations. BP Ventures aims to leverage and deploy the technology it invests in, providing benefits back to the mothership as well as the investee and wider industry landscape. In the case of investment in Victor, BP Ventures is looking to create 360-degree value by driving low carbon transition and by widening its partnership to drive further value to both company’s customers.

It is a well-considered, well integrated approach to investment that should stand Victor in good stead for the future. “From my perspective, what I am seeing is some of the larger corporations building more credible corporate venturing teams within their entities” Clive concluded. “They are the ones that are going out there protecting the mothership, looking for new opportunities and using what they’re good at doing, which is providing capital…fostering environments where young start-ups can flourish, [and] then looking perhaps in the future at making bigger bets which could potentially turn that mothership. That’s the exciting opportunity right now.”

Thanks to all of our contributors and attendees for making Victor’s first ever Slush panel such an insightful success. Thanks, in turn, to the Slush team, the operator of our ‘Nerd Bird’ flights and our various other partners – you know who you are! – for making Victor’s overall Slush debut so fantastic. We’ve had a blast!

To discuss next year’s Slush or any other upcoming group charter, Victor’s group charter specialist Tom Hill is just an email away.