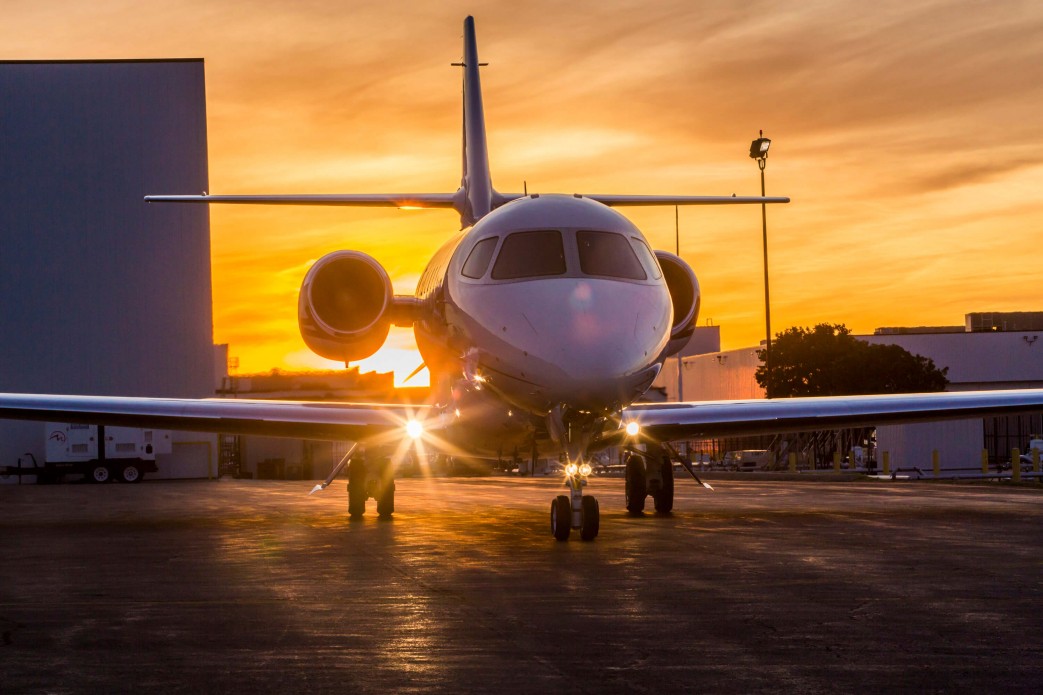 First, a bit of history

Over the last few decades, Cessna’s product range has relied on the tweaking of existing airframes to make new models like the CitationJet series – it’s a policy that hasn’t hurt Porsche in the development of the 911 over the years either!

Beyond the CitationJet, Cessna has applied the same logic to its Mid Size/Super Light range too. After the Citation III was introduced in 1984, its cabin was tweaked (alongside the addition of a supercritical wing, huge engines and a new nose section) to create the Citation X in 1996.

That same year also spawned the Citation Excel. Using a shortened fuselage (by essentially removing the galley), the Excel was a fusion of the old but aesthetically modified Citation III fuselage and the Citation V Light jet’s wing, engines and landing gear. And this is how the category of the Super Light jet – a blend of Light and Mid Size – came into being.

Cessna’s search for a competitor to the Bombardier Challenger 300 and the IAI Galaxy (now known as the Gulfstream G200) led to a further evolution. And by extending the Citation XLS’s cabin; designing a new wing; and installing more powerful engines, the Sovereign was born. Instead of the Rolls-Royce engines used in the Citation X, the Wichita-based manufacturer went for Pratt & Whitney’s de-rated PW306C – the same engine, in fact, that Gulfstream employed for the G200.

This is how Cessna became the proud manufacturer of a Super Mid Size jet like Bombardier and Gulfstream. But the company forgot one thing: pilots may well have liked the range, avionics and feel of it – the wing design made it a very capable aircraft, and the low-speed approaches allowed it to land at smaller airports – but it wasn’t pilots who bought them. Those who did tended to sit at the back, in a cabin that in comparison with its rivals was narrow and cramped, including a dropped aisle that made it awkward to move about in. The hold wasn’t the biggest in its class either. So, from an owner’s point of view, the Sovereign was flawed.

In 2011, Cessna announced its decision to build the Citation Latitude. Breaking with tradition, they created a whole new fuselage but to keep costs down but chose not to use modern composite materials and stuck with an all-metaldesign. The focus of this redesign was the cabin, which was wider and taller than the Sovereign. The dropped aisle was done away with in favour of a flat floor; the entertainment system and cabin controls are the very latest technology available, with LED lighting and wireless connectivity. Passengers will instantly feel that they’re travelling in a modern, Super Midsize jet at the cutting edge.

Or is it? Old habits die hard in Wichita, where Cessna is based. The Latitude uses the same wing as the Sovereign+, which differs from the regular Sovereign insomuch as it has a slight upward curve at the tip of the wing (not a winglet, apparently, but a simpler feature that is easier to manufacture, and lighter but just as efficient). Unlike Embraer, Dassault and Bombardier, Cessna have chosen to eschew such luxuries as Fly-By-Wire systems on the Latitude, and have stuck to the age-old tradition of using cables connected to the control column from the control surfaces. Quaint but cost-effective – and less to go wrong from a technological point of view. Let’s not forget that even up until the point it was withdrawn from service, Concord was an analogue machine with 1960s technology, and people would queue up for the opportunity to fly on that!

If you’re a passenger whose main priority is a comfortable cabin, with lots of gadgets and space, then the Latitude is certainly something to consider. But if you want your aircraft to be all singing and all dancing in every area, then perhaps it won’t tick all your boxes. It costs $1 million more than the Legacy 450, for example, and yet in terms of avionics, systems and performance, the Embraer is streets ahead.

The Latitude is not a replacement for the Sovereign. It has less range, a smaller hold and needs a longer runway. But it boasts Cessna’s largest cabin, it’s the most advanced offering in terms of passenger comfort and entertainment, and it at last feels like a Super Midsize jet. Saying that, it’s more of a great Midsize jet than a Super – and for that we must wait for the Longitude.

“Pilots like the range, avionics, speed and feel of the aircraft. However, pilots don’t buy them. The people who do tend to sit at the back in the cabin”

“Passengers will instantly feel that they’re travelling in a modern, Super Midsize jet at the cutting edge”

“Let’s not forget that even up until the point it was withdrawn from service, Concord was an analogue machine with 1960s technology, and people would queue up for the opportunity to fly on that!”