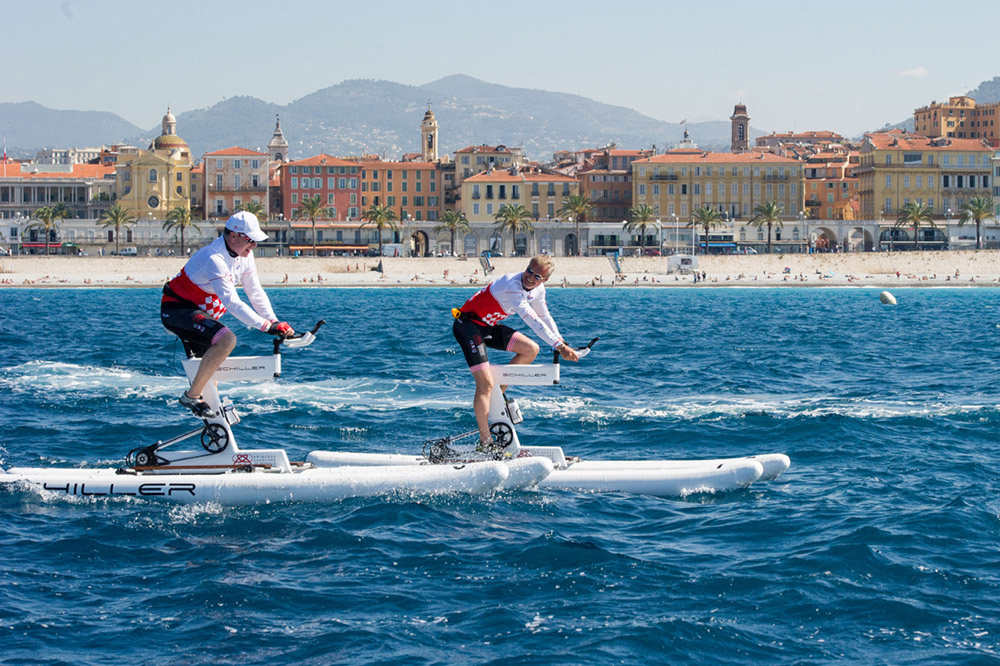 Held in aid of the Princess Charlene of Monaco Foundation, mixed pairs of professional athletes and amateurs took to the waves on Schiller S1-C water bikes for a relay race covering 30 laps over 12.5 miles in blazing sunshine.

The bikes – think a pair of windsurfing boards strapped together and minus the sails, with a roadgoing bike (minus the wheels) planted in the centre – merge modern design, engineering and technology to form an entirely unique mode of transport. Quiet, sustainable and 100% human-powered, the legend goes that American entrepreneur Judah Schiller originally developed them as a dare. His invention uses an optimised propeller, proprietary gearbox and Gates Carbon Drive belt system, and can reach speeds up to 10mph in calm waters.

All in all, 110 participants comprising 22 teams and including 44 athletes took part in 2018’s challenge, with the proceeds going to raise public awareness about the dangers of water and teach children how to swim.