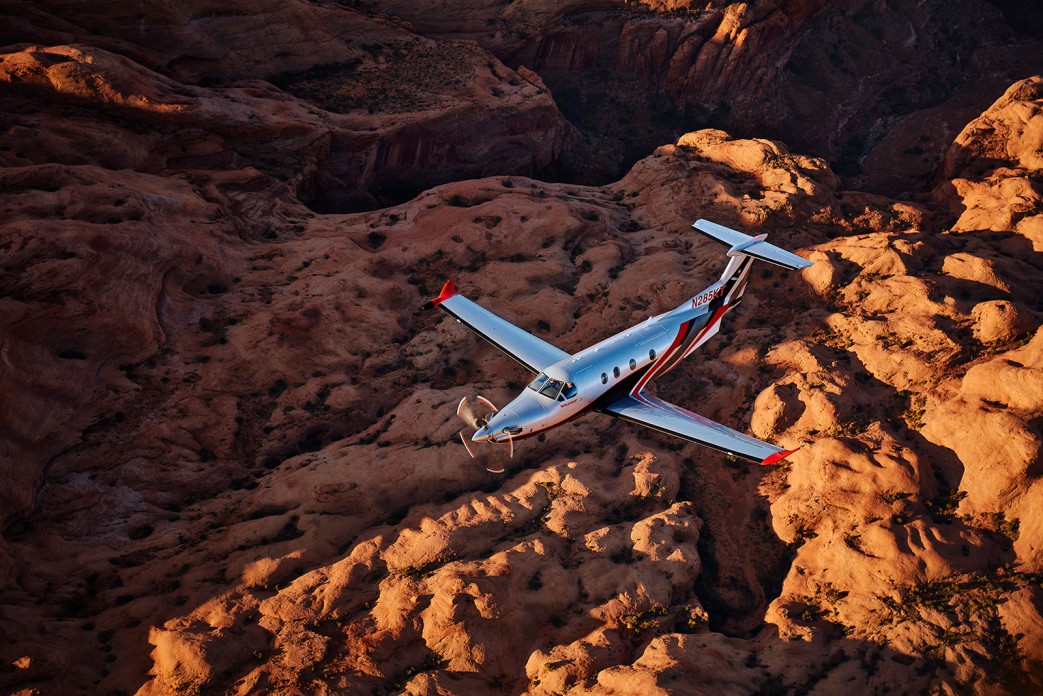 Cost-efficient, ultra-reliable and more beautiful than ever

Often overlooked, Turboprops offer a genuine alternative to a light jet charter. Incorrectly perceived as old-fashioned, the turboprop is in fact a more recent invention than the jet engine, and makes for a more fuel efficient alternative on short-haul routes.

Essentially a jet engine powering a propeller, the turboprop delivers power faster, enjoys lower operating costs and offers greater versatility without compromising on luxury, especially where smaller airfields are the only option.

Take a look out our top three turboprops available to charter with Victor:

As the fastest turboprop in production, the revolutionary Avanti is speedier than many jets (topping out at 402ktas, or knots true air speed) and its head-turning looks never fail to cause a stir on touchdown.

In contrast to its rivals, the way the engines are configured allows for the propellers to be mounted behind the cabin – increasing fuel efficiency and significantly reducing cabin noise. Fully conditioned with a class-leading stand-up height of 5’10”, the low-pressure cabin boasts a light and airy feel that makes flying in it a pleasure, and its sleek design adds to the sense of low-key luxury.

Why we like it
Compared with other light aircraft, the latest edition cuts CO2 emissions by up to 40 per cent thanks to a unique three-lifting-surface design with a main wing near the fuselage’s rear, a smaller nose wing, and a tail wing. Meanwhile, an elegantly curved fuselage helps reduce drag, while raising performance by over a third.

In continuous production since 1964, the Beechcraft King Air turboprop is the first of its kind and has outlasted every one of its rivals. It holds its own against similar-sized jets, boasting a similar capacity and range as the Citation CJ series, and actually trumps both the Citation Mustang and the Phenom 100 using the same criteria.

The King Air can go where other aircraft cannot, making it the ideal choice for landing on shorter runways like La Môle (St-Tropez), St Gallen and Lugano. These small airports are only reachable by the smallest of jets, and even then only when the weather allows.

Why we like it
Comfortable, fast and quiet, the King Air is generally considered the most cost-effective aircraft for short flights under two hours – and with a cabin comparable to mid-size jets, there’s no compromise on luxury.

As befits an aircraft from a mountainous country, where runways tend to be on the short side and situated wherever you can fit them, the PC-12 was designed for short-grass and gravel landing strips. This has made it an extremely practicable aircraft, highly valued the world over for its utility.

A feature usually reserved for heavy jets, its large rear cargo door and huge cargo compartment (accessible in-flight) add to that sense of utility; and as an embodiment of its Swiss-made origins, the cabin’s comfort levels and generous size make it a truly versatile choice.

Why we like it
This Swiss-built turboprop has fantastic performance, versatility and flexibility, and an interior to rival luxury super-light jets in both size and comfort. Built to navigate the mountains, this is the aircraft to choose for seamless access into hard-to-reach locations.