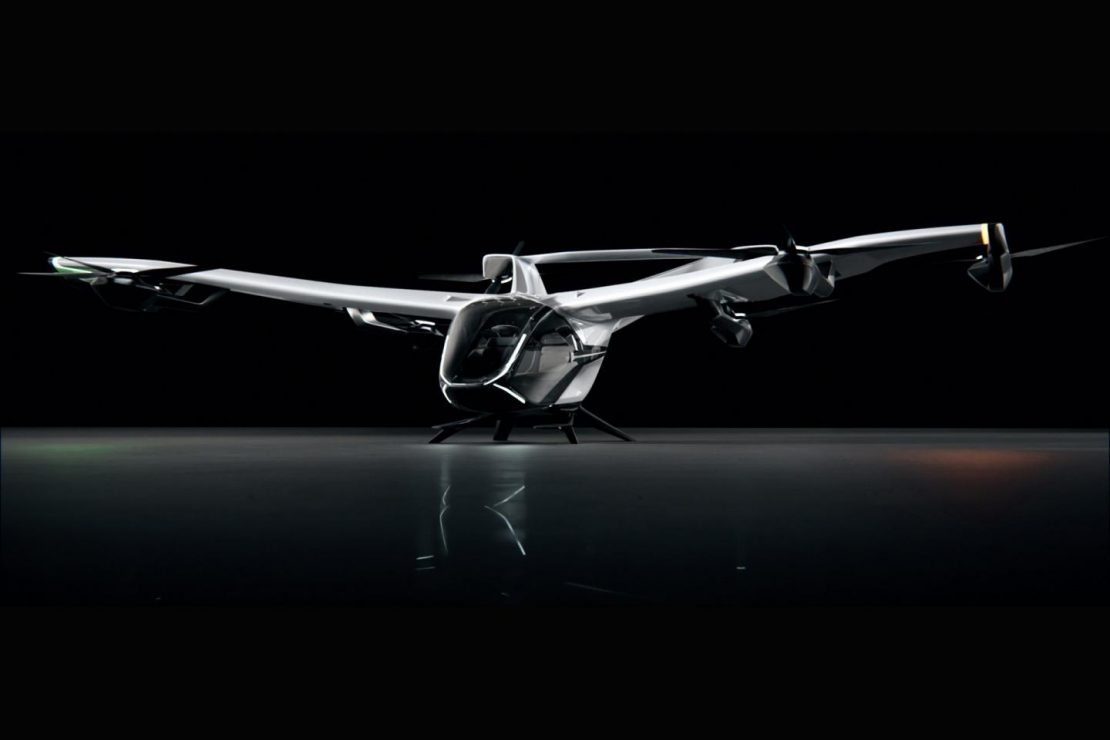 Aviation has long been an industry characterised by tremendous change, innovation, and remarkable feats of engineering. From the first flight of the Wright Brothers, through the ages of the jet era to supersonic travel and today’s ultra-modern turbofan-powered jet airliners, air travel has seemingly been in a constant state of change and advancement. This is also pertinent in the business aviation setting, where manufacturers, operators and many others across the global supply chain have collectively created the thriving ecosystem we all operate in today.

This trend of continuous development is moving into a new realm altogether. The next revolution in air travel is taking shape with the emergence of Urban Air Mobility (UAM) and electrically powered vertical take-off and landing (eVTOL) aircraft. With prototype aerial vehicles varying drastically in their design, means of propulsion and operation, UAM is as diverse a concept as it is novel and is now primed for exponential growth facilitated by inward investment, the maturation of supporting sectors, and wider public uptake once eVTOLs become widely certified for passenger use.

A NEW FORM OF MOBILITY

The concept of UAM has developed against a backdrop characterised by the growing interconnectedness of our towns and cities, an appreciation of the intrinsic value of time and convenience – and perhaps most prominently – a sustainability movement that acts as the strategic foundation from which the concepts’ ambitions are launched.

Vehicles that are currently in development are designed to be zero-emission, quiet and efficient. They’ll operate in and out of locations, or vertiports, in the world’s towns and cities characterised by increasingly congested transport systems, worsening air quality, and a reduction in available space for development. There is therefore a wider urban planning angle – and challenge – in acknowledging the growing interconnectedness of our urban areas while identifying opportunities for sustainable change and mobility.

From the United States (Archer, Joby, Wisk), to Europe (Vertical Aerospace, Lilium, Volocopter) and China (eHang), competition in the UAM market is heating up even at the initial design stage, with widespread certification of such aircraft not likely until mid-decade. This isn’t acting as a deterrent, however. Vertical, based in Bristol, has already secured over a thousand pre-orders from industry stalwarts including Virgin Atlantic and American Airlines, as well as Avolon, an aircraft leasing giant. A recent SPAC listing on the NYSE reflects a growing appetite for the concept and its scalability. An agreement with Ferrovial – with commercial development interests in airports including Heathrow and Glasgow – will further the development of an accommodating vertiport network to facilitate UAM demand across the UK (Vertical Aerospace).

UAM is now being considered in the context of standalone events, which could be used to market, set up, and launch services. Paris hopes to attract commercial services to coincide with the 2024 Olympic Games by facilitating ground-based infrastructure delivered by UK-based Skyports. Similar goals will likely follow as the concept becomes a strategic – and potentially political – objective in recognition of the power of aerial mobility as an enabler of travel, collaboration, and synchronisation of leisure and business activity.

This has, perhaps, already begun. The UK CAA announced a new multi-sector consortium last year to examine the operational feasibility and characteristics of a future domestic electric UAM movement (FutureFlight, 2021). EASA has begun working on an operational and regulatory framework for a future UAM sector across Europe; the FAA is working with NASA on a similar front in the United States. It’s likely that similar approaches will be taken across other emerging markets.

It’ll be intriguing to see how the sector develops in line with advances in both technology and an understanding of how best to integrate aerial mobility into our existing air and ground-based networks. Cross-agency collaboration and information sharing will likely form the bedrock of the industry as the facilitating frameworks, standards and procedures become clearer over time.

Looking forward, there could be strong synergies with existing operational and regulatory frameworks inherent in today’s private aviation setting. Initial eVTOL models will be range-restricted to short domestic flights of perhaps 100-150 nautical miles but will deliver ease-of-access in connecting airports serving both commercial and business jet movements. For the latter, this could generate opportunities for collaboration between the airports and jet operators, FBOs and third parties that serve them, as the two operating models become increasingly aligned.

These synergies may extend further; think bizjet to Nice, eVTOL to Monaco for an onward yacht, or a flight to London to connect by eVTOL direct to Goodwood or Silverstone. Routings may be developed in a similar form to conventional road or rail-based connections – origin and destination hubs served by a timetabled service and multiple intermediary locations – thus potentially forming a true electric air taxi service.

Intermodal solutions, where boats, buildings and other ‘mobile’ locations are designed and built with UAM in mind go one step further, fully integrating aerial mobility into the urban planning landscape. This will surely offer unique opportunities across our industry – and potentially other sectors – to further create seamless, end-to-end travel experiences beyond traditional road or rail to air connections.

From a regulatory or legal perspective, eVTOLs are likely to face similar certification and governance requirements as today’s business jets. The greatest hurdles could potentially include challenges around autonomy, piloting, and airspace design. A natural next step would be the introduction of a dedicated body established to represent the interests of UAM providers and the supporting ecosystem, perhaps akin to the EBAA. This body would uphold safety and service standards while ensuring the sector delivers for its end-users – the flying public. If the industry overcomes the hurdles and takes further steps to strengthen regulatory oversight and safety governance, eVTOLs of tomorrow and beyond will likely be some of the safest aircraft in our skies.

UAM AS AN EXPERIENCE

Should demand continue to grow, so may a need for a more customised and personalised service offering that recognises personal travel preferences. The new offering could extend into loyalty recognition by building on existing business jet programmes such as Victor Alto – or via alignment with corporate partners to add value, streamline the customer journey and truly harmonise bizjet and eVTOL flight activity. Demand could be stimulated, and retained if such services are seamlessly coordinated through a single entity, akin to Victor’s end-to-end service provision along the customer journey. This could provide tremendous opportunities for growth, collaboration, and value without blurring existing business models.

Despite a clear, overarching premise – cleaner short-distance air travel, reduced travel time and greater convenience – several questions remain. Not least is the timeframe for certification and safety assurances which will be a critical factor in public uptake and future commercial viability.

Another prerequisite will be a significant time and monetary investment into supporting infrastructure – vertiport networks, airspace design and ground-based support to name a few – as well as cross-border cooperation as the industry broadens beyond domestic confines. It’ll also be fascinating to see how the competitive landscape develops, given the conflicting commercial interests already at play, as well as the extent of future involvement among existing players in our sector. How today’s business models may be pivoted towards or better aligned with the UAM movement will gradually become clear.

How urban air mobility matures as an industry, and the players that will go on to lead its ongoing development remains unclear – as do the specifics of how eVTOL aircraft will be operated, controlled, and maintained. But what appears certain is that an electric urban air travel revolution is underway – and if historical advances are to go by, this new era is here to stay.

This is the first instalment in a new VICTOR blog series for 2022 on electric aviation and the changing aerial mobility landscape.